We are a grassroots community group committed to promoting racial equality and social justice. We are not tied to any political party or organisation, but work with other groups that share our goals. We believe that everyone deserves the same respect and rights regardless of origin, ethnicity, appearance or belief system. we want to strengthen the campaign against racism both locally and internationally. And we want to gather people together to get the voice of change heard.

Racism exists. Our Travelling community face prejudice and discrimination so entrenched that it has become normalised. Our treatment of asylum seekers is inhumane. Our laws are ineffectual against incitement to racial hatred. Our new residents are often greeted with hostility and suspicion. Our migrants get blamed for austerity rather than the power structure that created it. Racist slurs, jokes and stereotypes are commonplace. Fear if immigration is being fuelled for political gain and media sales. We need change. 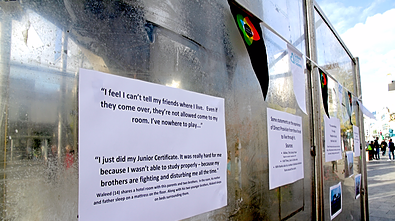 Use any peaceful means to protest racial injustice and promote equality. We organise rallies, provide information, lobby government and generate media to advocate for a better society and provide support to marginalised groups and individuals.

Some of the issues we are promoting:

- The right to self-determination and ethnic recognition

- Closing the divide between the Travelling and settled communities on education, health, employment and respect

- Allow the right to work 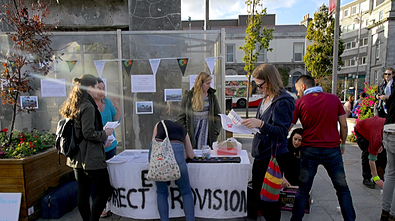 - Halt our role in creating today's refugees crisis and stop exporting arms, testing weapons and US military use of Irish airports and airspace

- Campaigns against intolerance and prejudice 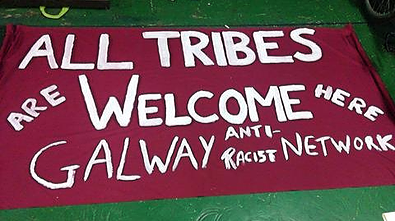 What can you do?

- Write to your local TDs and Councillors demanding action.

- Contact us for support if you experience racial abuse, prejudice or discrimination

- Help victims if you witness a racial incident

- Come join the discussion on what we can do to get rid of racism.

- Membership is free from fees and obligation.